On Wednesday (19 March) Martin Tickner, the Group’s immediate past chairman, presented a cheque for £10,579 to Clive Hudson, chairman of the East Group of the Motor Neurone Disease Association.

The money was raised from a series of events, including a black tie dinner, race night and murder mystery evening.

Clive Hudson thanked the Group, and said the money would be spent supporting the 60 people in East Kent who are living with the disease, as well as making a contribution towards research.

Wealden Business Group is the local organisation for small and medium companies, meeting every Wednesday for networking breakfasts, and has raised more than £35,000 for good causes in the past seven years. 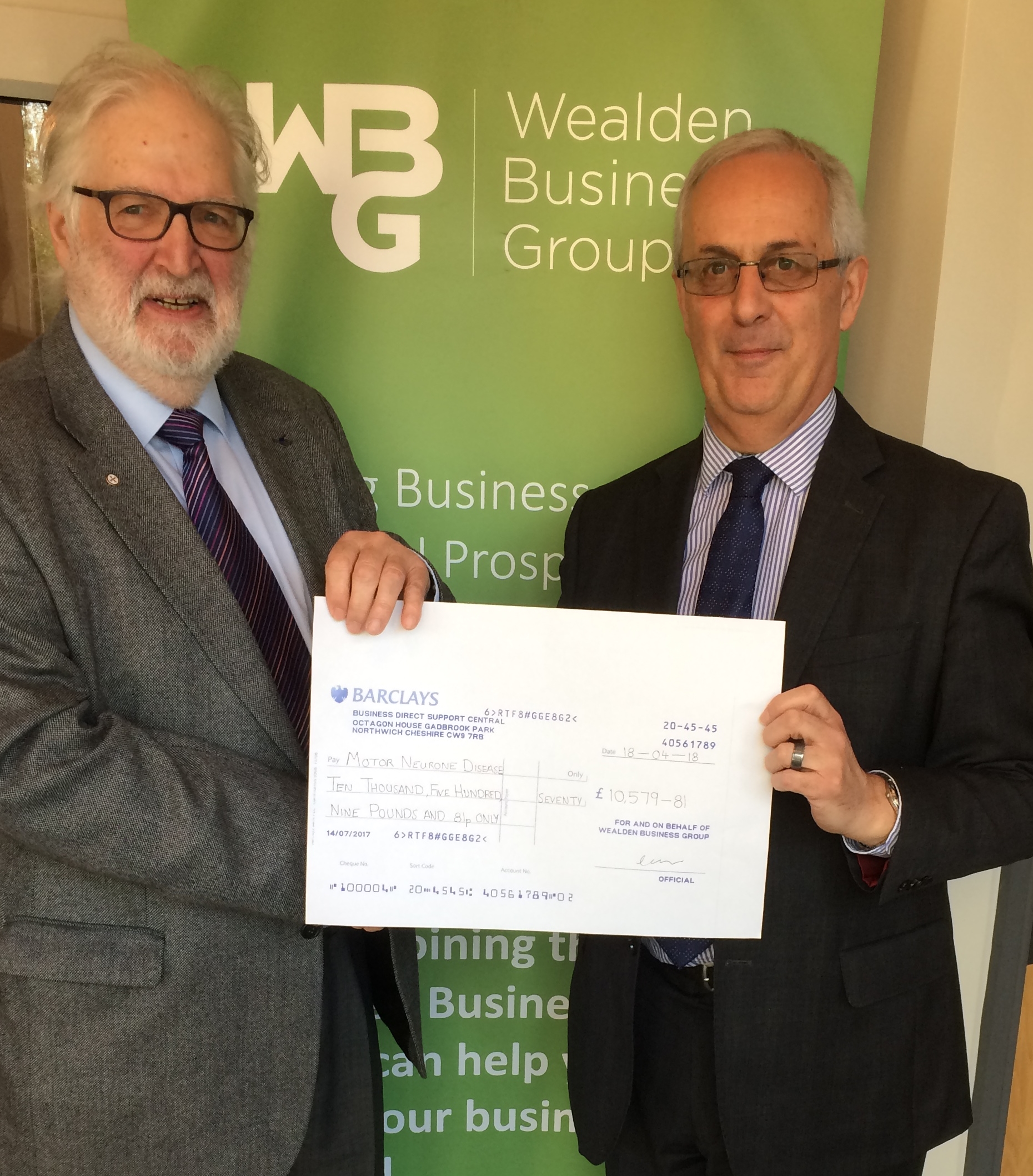