Wealden Business Group, the Tenterden-based networking group for owner/managers of local companies, held its annual charity dinner at the London Beach Hotel on Saturday (6 February), and raised almost £4,000, including a cheque for £2,660 from the owners of the hotel.

Together with money raised by the group over the past 12 months, this brings to more than £6,000 the total amount to be presented to the group’s charity of the year, the Ashford branch of Parkinson’s UK.

The dinner was attended by almost 70 members and their guests, and featured an auction, which included a weekend driving a new F-Type Jaguar, a signed Kent County Cricket Club bat and a canteen of cutlery. 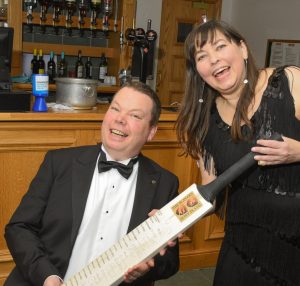 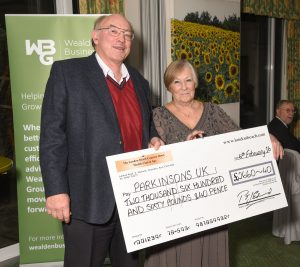