You are here: Home / Book reviews / “Endurance” by Alfred Lansing 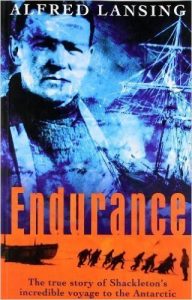 After the race to the South Pole ended in December 1911 with Roald Amundsen’s conquest, Shackleton turned his attention to the crossing of Antarctica from sea to sea, via the pole. To this end he made preparations for what became the Imperial Trans-Antarctic Expedition, 1914–17. Disaster struck this expedition when its ship, Endurance, became trapped in pack ice and was slowly crushed before the shore parties could be landed. The crew escaped by camping on the sea ice until it disintegrated, then by launching the lifeboats to reach Elephant Island and ultimately the inhabited island of South Georgia, a stormy ocean voyage of 720 nautical miles; Shackleton’s most famous exploit. In 1921, he returned to the Antarctic with the Shackleton-Rowett Expedition, but died of a heart attack while his ship was moored in South Georgia. At his wife’s request he was buried there.

Read Bill Ferguson’s full review on the link below: